Meanwhile there are issues with access to the physical infrastructure of tourist sites. Rather obviously, heritage sites were not intended to be visited by millions of people with different mobility issues and understandings.  Damage to heritage infrastructure is a worldwide concern. And too many tourists is a growing problem internationally.

It can be assumed that for every tourist who comes to the UK, there are many more who would like to visit Britain but whose financial or social circumstances prevent them from doing so.

Herein lies an opportunity. By making ‘immersive’ experiences of British cultural heritage available digitally through the emerging technologies of virtual and augmented reality, then people can visit without leaving home.

This would have additional environmental benefits, help ease the pressure on protected locations and generate income for the creative digital sector and the cultural heritage sector.

This is why Visioning Lab are focused on the development of British cultural heritage immersive experiences. Working as Executive Producers, we are putting together projects with partners that will provide the best quality access to British culture for national and international audiences.

If you would like to find out more, get in touch.

Over the past few years, Visioning Lab has lived alongside my activities as a researcher in universities (Salford and Manchester). It was a place to share and communicate insights about creative processes.

Over the past year, Visioning Lab has gained more focus. The exponential growth of the immersive experiences sector means that there is finally a space through which my digital experience, creative inspirations, research on idea development and my ability to put together large projects can come together to create something new (and beautiful).

With that in mind, Visioning Lab is now a limited company. The plan is to act as Executive Producers to develop British cultural heritage content into virtual / augmented reality experiences.

We are already in conversation with a number of potential partners (all will be revealed in coming months). Watch this space.

A year ago, I created a series of Youtube short films each with a different future visioning session on topics ranging from The Future of..Celebrity, to Storytelling, to the Weather.  These films were made daily over several weeks following the pattern established by teenage Youtubers and in the run up to ESRC Festival of Social Science. I had promised to run a live online visioning session as part of this festival and each short film was a trial / build-up to the main event.

In the making of each film, I would start with breakfast while thinking about a new theme for the day – looking out the window or considering current issues in my life (hence, the Future of pets, death, money, marriage). I would edit my narration script so that visioners (people who do a visioning session) would experience something that hinted at the future of these but without assuming anything.  The narratives are deliberately stripped back, intentionally bare of suggestion or assumption to allow people to experience their imagined future. People go to such different places in their minds that the narrative needs to work for each of them, wherever they might be.  For example, when I want people to travel in their imagined world, I do not say ‘you walk’ because they may be floating in a spacesuit. I say ‘you move’ or ‘you explore’.

I’m not the most natural of presenters, so the films are a bit awkward. My cat miaows in several of them, someone knocks on the door. But once in the flow of the narration, I ignored it all, hoping that the person doing the visioning session would be so immersed in their imagined world, that they would not notice. I posted a new film up each day and then waited to see what happened to them.

12 months later and the short films reside still on the VisioningLab Youtube channel. I have watched with interest to see how they do.  Each film has a small number of views (lowest is the Future of the Weather (I suppose this is something we cannot change), the highest is the Future of Post-PhD life – this was commissioned by the North West Doctoral Training Programme for their PhD students). Accumulatively, they have about 1500 views. I have suggested to friends and colleagues that they do a session – some have and said that they did stimulate a future vision that ‘very powerful’. So they do ‘work’. Very few people leave comments on the Youtube pages. I wonder why.

The exploration into future visioning continues…

If you are intrigued and would like to do a visioning session, you can find them all here

We were exploring how to make an ident for an Immersive Experience.  Idents are those tiny clips that you see at the beginning of films or in between radio shows that advertise the company involved in their making.

We were wondering what an immersive experience ident for University of Manchester supported work might look like.

Here is a Powerpoint of our activities (big file, may take some time to download!)

As part of the Manchester Science Festival 2017 Game Lab event at University of Salford Mediacity campus, I gave visitors a challenge. I said

Draw your non-human self

This is my favourite interpretation of the challenge:

It was created by an older woman who was there with her husband and children. We were using Google Tiltbrush which is very easy to use.  She absolutely embraced the challenge – put on the headset, picked up the controller, worked out how to use the palette and brushes and went for it. Love it.

VisioningLab is pleased to launch its new logo designed by Nargiza Ibo. It is intended to capture how the lab is ideas-led – where the imagination starts, action follows.

The brand will start to appear somewhere near you soon… 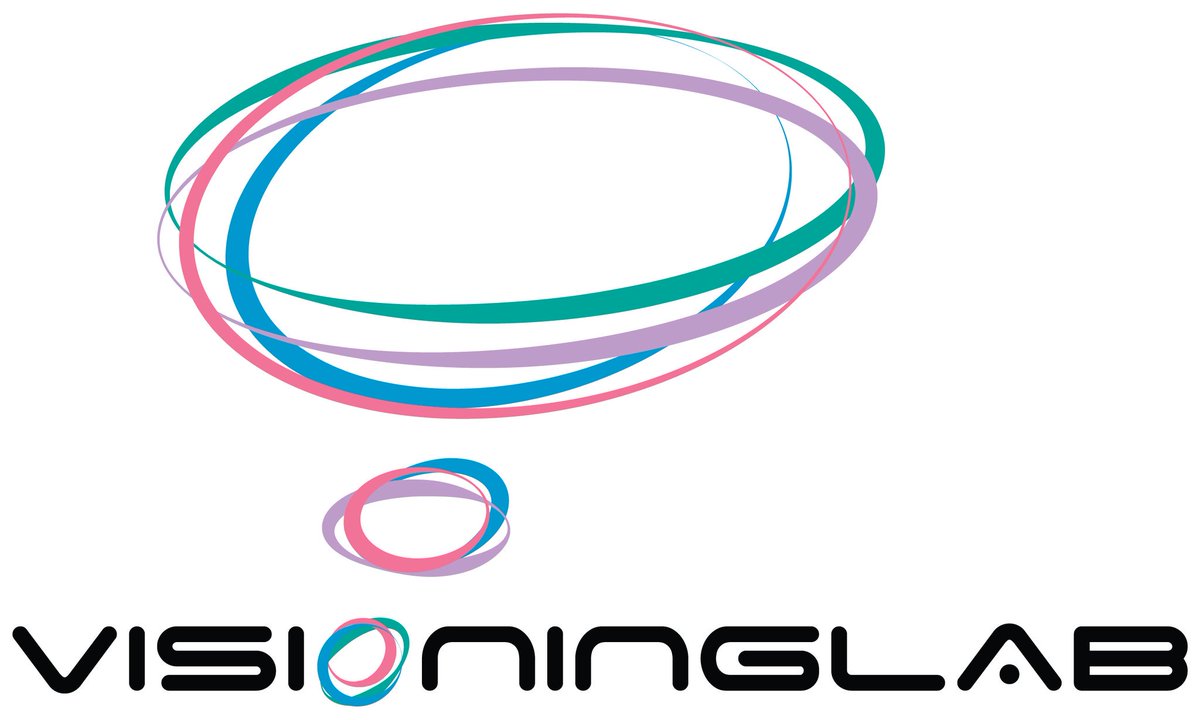 This image makes for an amusing modern tableau to compare with pre-industrial paintings. The first – taken by a mobile phone, shows how integral technology is in our lives today and the emerging potential (and problems) of virtual reality. The following images – paintings of workers, shows how differently tools were used 100s of years ago. 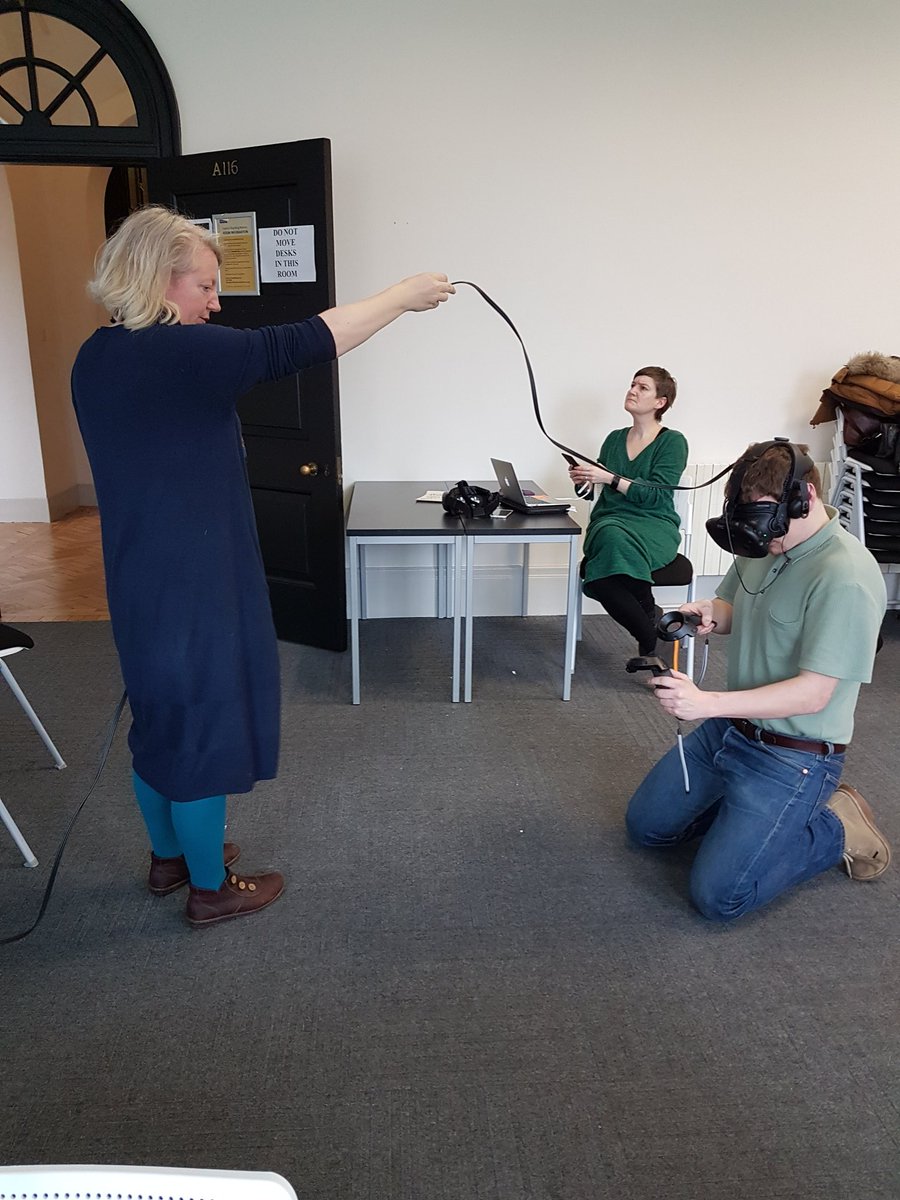 VR Playday at University of Manchester By Anita Greenhill 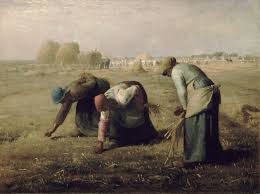 The Gleaners
By Jean-François Millet 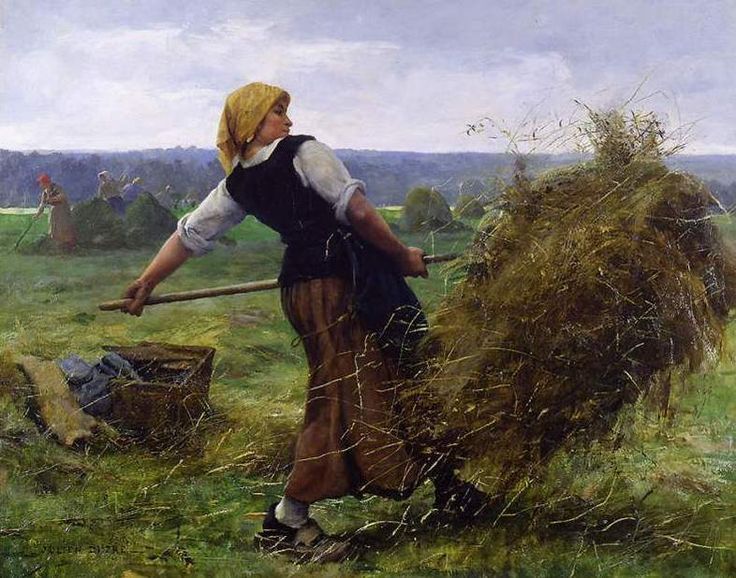